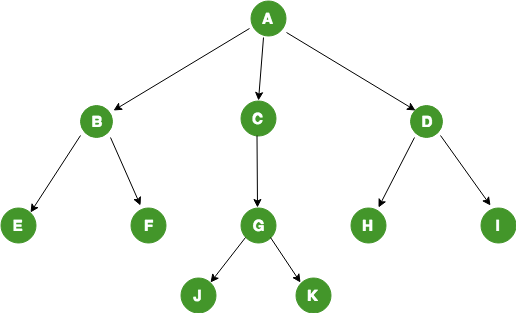 A tree is recursively defined non-linear (hierarchical) data structure. It comprises nodes linked together in a hierarchical manner. Each node has a label and the references to the child nodes. Figure 1 shows an example of a tree.

One of the nodes in the tree is distinguished as a root and we call this tree as a rooted tree. In figure 1, the node labeled A is a root of the tree. All the nodes except the root node have exactly one parent node and each node has 0 or more child nodes.

Mathematically, a tree can be defined as an acyclic, undirected, and connected graph.

In mathematics and graph theory, trees are mostly undirected but in computer science, a tree is mostly assumed to be directed. That means in the tree data structure, we don’t have references that point to the parents.

You are expected to know the following terms in tree data structure.

A node is an element of a tree. A tree is nothing but nodes linked together. Figure 2 illustrates this. 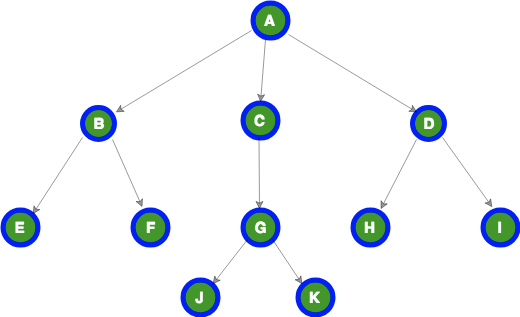 All the circle in the figure are nodes.

Root is the first node of the tree. We can consider root as an origin of a tree. A tree has exactly one root. Once we have the root, we can get to any nodes in the tree. Figure 3 illustrates a root node. 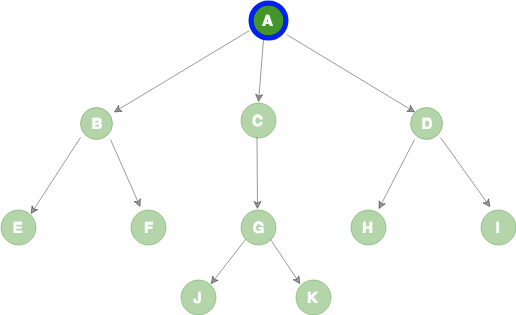 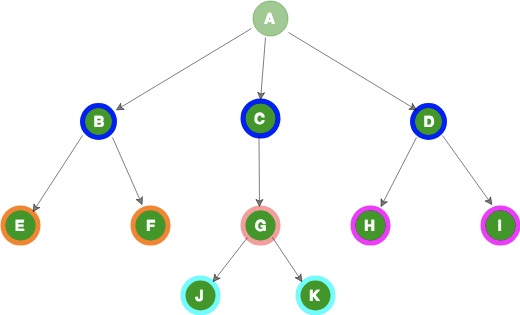 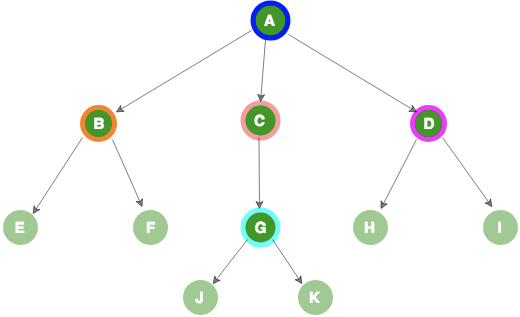 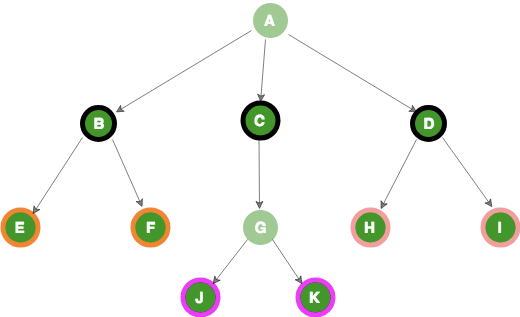 A node with no children is called a leaf. A leaf node is also called an external node or a terminal node. We can not go further down the tree from the leaf node. In Figure 7, E, F, J, K, H and I are leaf nodes. 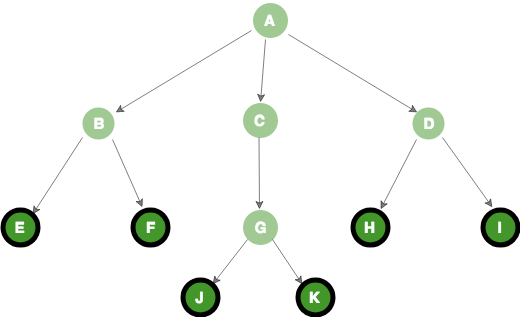 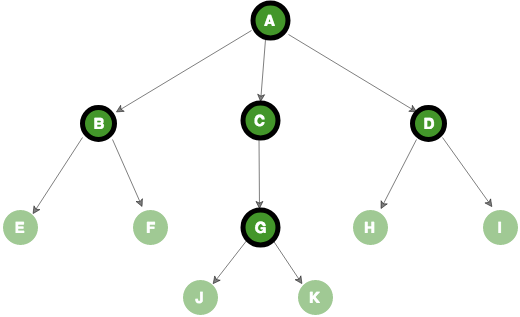 An edge is a connection between one node and another. In a tree, parent and child are connected by an edge. 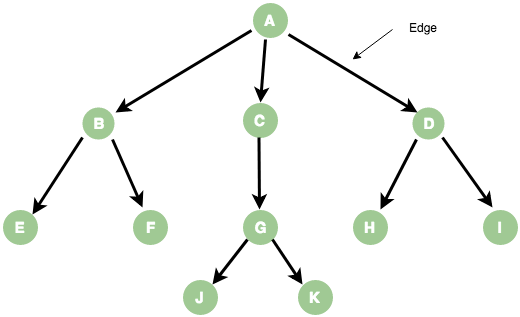 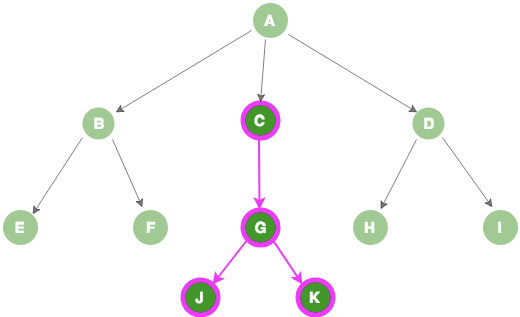 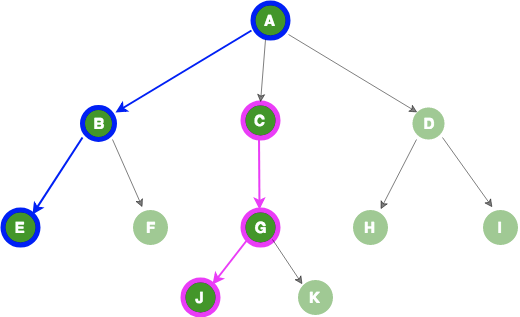 A degree of a node is the number of children. Since leaf node doesn’t have children, its degree is 0. The degree of a node can be any whole number from 0 to N. Figure 12 shows nodes with the corresponding degree. 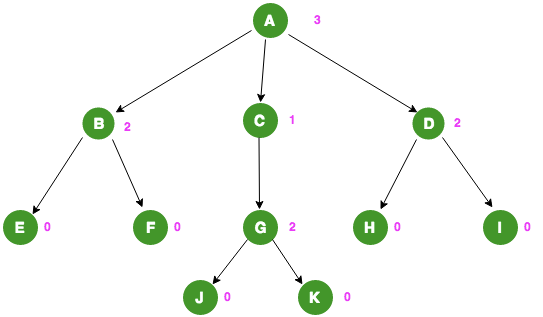 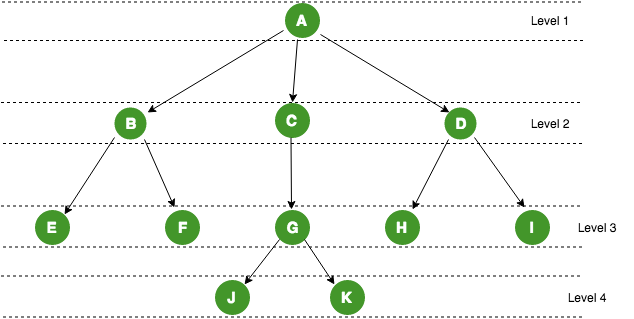 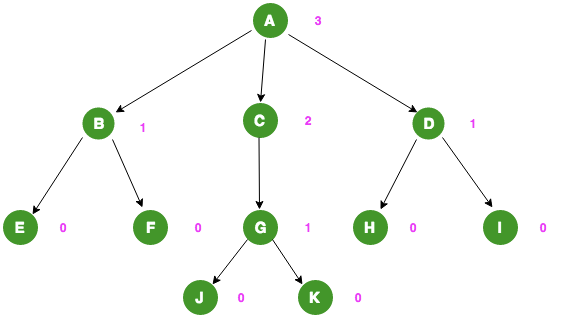 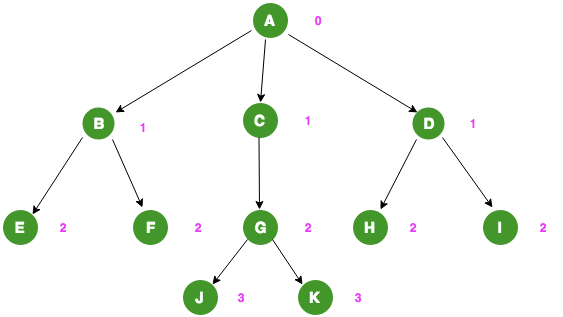 A node and all its descendants form a subtree. The subtree of a root node is the tree itself. Figure 16 shows some of the subtrees of the tree. 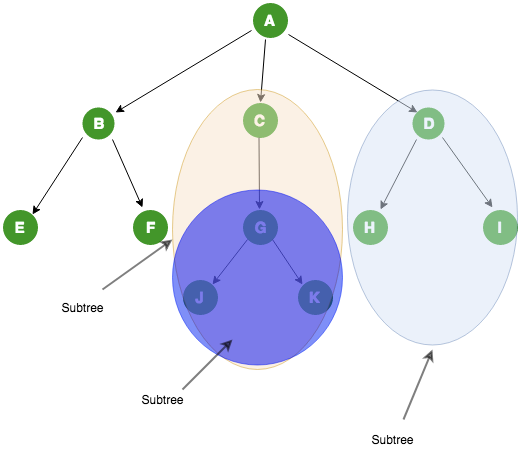 Tree traversal is a process of visiting each node of the tree exactly once. There are two types of traversals.