Check if a point lies inside the polygon 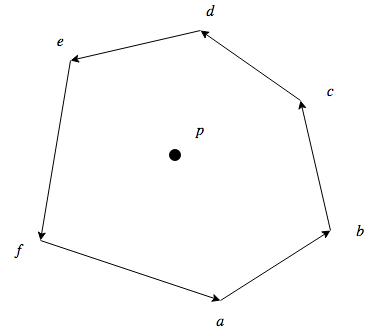 An instance of the Point can be easily created by calling the constructor as Point(3,4) which creates a point with coordinates $(3, 4)$

If the polygon is not convex, the above trick does not work. Consider a polygon given below. 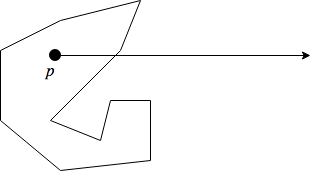 As you can see, the polygon is not a convex polygon. We want to know if a point $p$ is inside the polygon. In this case, we do the following

There are two special (degenerate) cases we need to address.