A convex hull of a given set of points is the smallest convex polygon containing the points. Intuitively, the convex hull is what you get by driving a nail into the plane at each point and then wrapping a piece of string around the nails. In the figure below, figure (a) shows a set of points and figure (b) shows the corresponding convex hull.

Convex Hull is useful in many areas including computer visualization, pathfinding, geographical information system, visual pattern matching, etc. In this article and three subsequent articles, I shall talk about the algorithms for calculating convex hull of a given set of points. Let’s talk about one of the fundamental algorithms for calculating convex hull known as Jarvis’s March algorithm.

Please visit the article below before going further into the Jarvis’s march algorithm.

After the execution of this algorithm, we should get the correct convex hull.

The python implementation of the Jarvis’s algorithm is given below.

result holds the convex hull vertices. In the next section, I will show the execution trace of this program.

The figure below shows a given set of points for this execution trace. 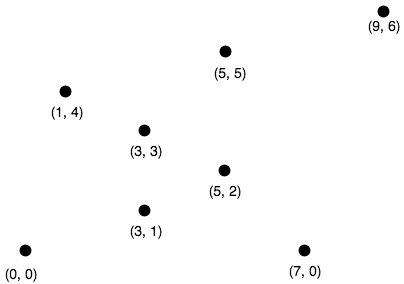 The program first finds the leftmost point by sorting the points on x-coordinates. The leftmost point for the above set of points is $l = (0, 0)$. We insert the point $(0, 0)$ into the convex hull vertices as shown by the green circle in the figure below. 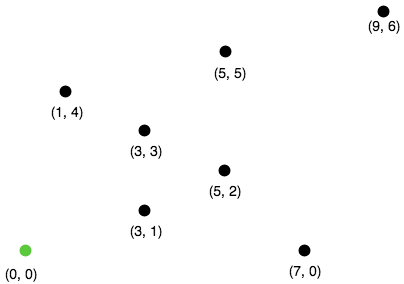 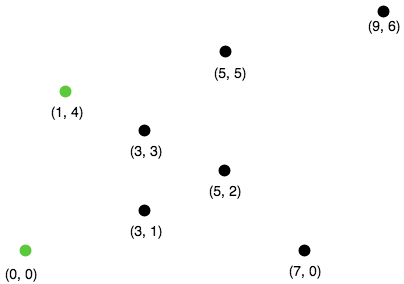 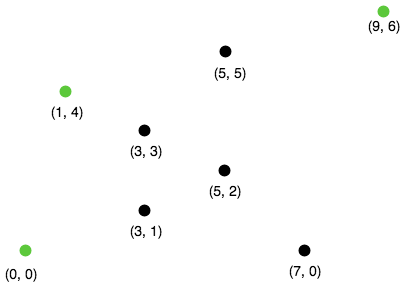 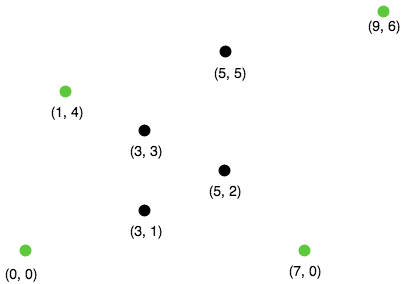