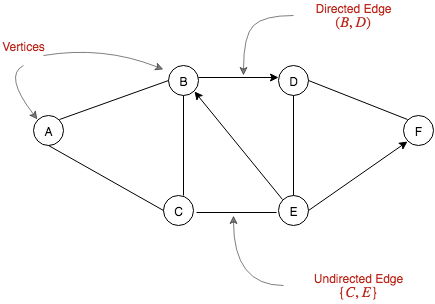 We use graphs to represent many real-life entities. Consider a social network (as shown in Figure 1) where people can follow other people. This can be represented by a graph. Each people represents a vertex (or node) and the edge between two people tells the relationship between them in terms of following. 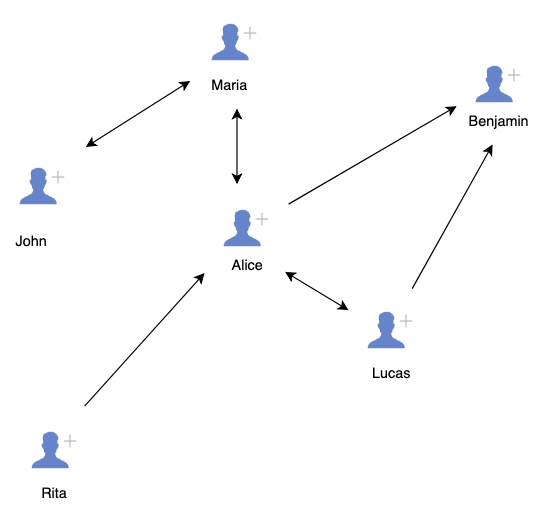 Similarly, a graph can represent cities linked by roads. Figure 2 depicts this. 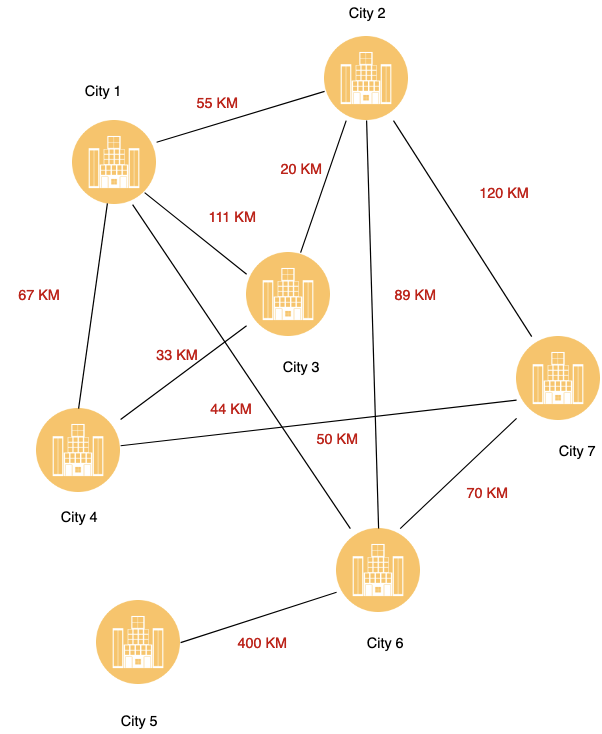 The nodes of the graph represent cities and an edge between two cities represent the road between them. If there is an edge between cities A and B that means they are connected by a road. Notice one extra information (length of the road) in the edge that was not present in the social network graph. This kind of graphs are called weighted graph and we will cover them later in the post.

Formally, a graph $G = (V, E)$ is defined on a set of vertices $V$, and contains a set of edges $E$. An edge is a pair of vertices which can be ordered or unordered depending upon whether the edge is directed or undirected. Usually, a vertex is represented by a lower case $u$ or $v$ and an edge is represented by the pair of $u$ and $v$. A directed edge is written as an ordered pair $(u, v)$ while the undirected edge is written as an unordered pair $\{u, v\}$. Figure 3 depicts an example of a graph.

There are many flavors of graphs we use in computer science. We discuss some of them here. 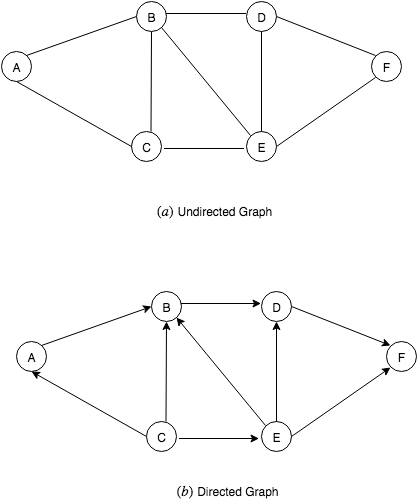 A weighted graph $G$ has a numeric value attached to its edges. We call this numeric value a weight of the edge. In Figure 2, the weight is the length of the road joining cities. The weight can represent varieties of things depending upon the application. In an electric circuit, weight can be the amount of current flowing through the wire. In a road network, weight can be the length of the road, speed limit or the difficulty level. Figure 5 illustrates this. 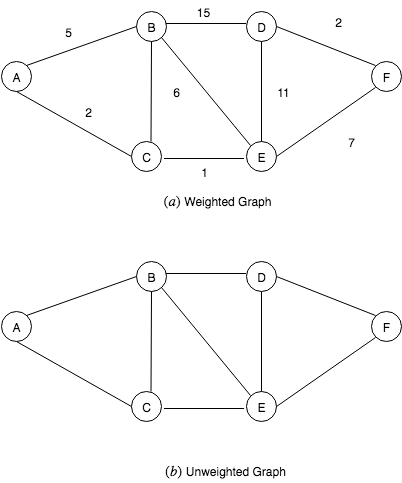 In computer science, a weighted graph is used heavily in the shorted path problems.

A simple graph has no self-loops and no multi-edges. Self-loop is an edge going from a node to itself i.e. $(u, u)$. Multi-edge is the edge occurring more than one time between the same endpoints. A graph containing one or more self-loops or multi-edges is a non-simple graph. Figure 6 shows examples of these graphs. 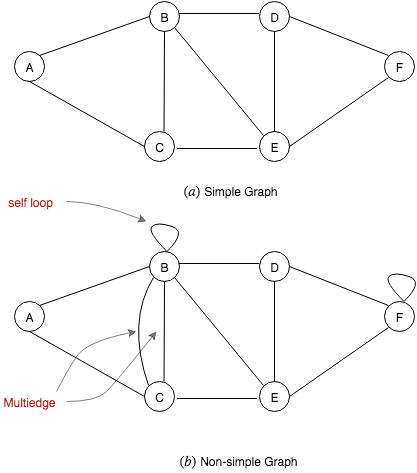 A graph can have a quadratic number of edges. If $V$ is the number of vertices in a graph, it can have up to $O(V^2)$ edges. A graph having edges in this order is called a dense graph (Usually). On the other hand, a graph having a fewer number of edges is called a sparse graph. If a graph has an edge between every pair of nodes, we call this graph a complete graph. Figure 7 illustrates a sparse and dense graph. 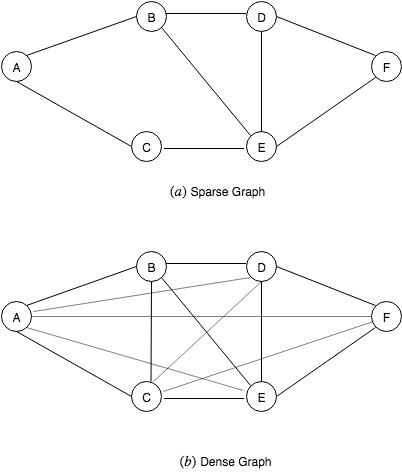 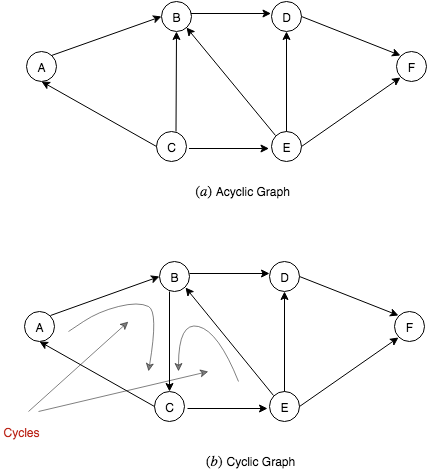 In this section, we discuss graph terminologies that you are most likely to encounter when studying about graphs.